The Dark Zone is a location in Tom Clancy's The Division.

The Dark Zone can be rewarding. But it's every agent for themselves, and you'll not only have to worry about enemy factions, you'll also have to contend with other players - rogue agents who may not think twice about taking you down.

In this PvP enabled area, the word "caution" will take on a completely new meaning as you will not only encounter roaming NPCs, but may also have to face other groups of players, competing for the best equipment that the game has to offer.

Obtaining equipment in the Dark Zone will not be enough however, as you will need to extract it before using it. There are only a limited amount of extraction points in the Dark Zone. You will need to reach one of them to initiate an extraction. As soon as your flare has been shot, you will have to survive 90 seconds during which any other player can attempt to kill you, enabling them to steal the loot you have recently acquired in the Dark Zone and attempt their own extraction. Once the extraction is successful, your extracted items will be available in your stash in the Base of Operations.

Killing other agents comes at a cost. When killing a neutral player, an agent automatically becomes Rogue. A white skull will appear next to their nameplate, making them easier to identify by other players. The more agents they kill, the higher Rogue level they reach. By defeating a Rogue agent, not only will you get to take the loot they acquired from other players, but you will also receive a bounty based on their Rogue level.

Dark Zones are areas in The Division that are the most contaminated. While in these zones players can freely engage in PVP. In The Dark Zones players will be able to complete special missions that offer the best loot in the game. However, loot acquired in a Dark Zone needs to be extracted and decontaminated before it is fully usable. For an extraction to start one player in the group must fire a Signal Flare, once fired it takes 90 seconds for the extraction to complete. The flare will alert nearby hostile players to your position, and if they feel inclined to do so they can attempt to kill your group and steal your loot.

The following Vendors currently exist in the Dark Zone. If you click through to their individual pages, a convenient list of what they sell is provided.

Throughout the Dark Zone, there are chests filled with special loot. These chests are currently in fixed spawn locations - this might change during actual release. 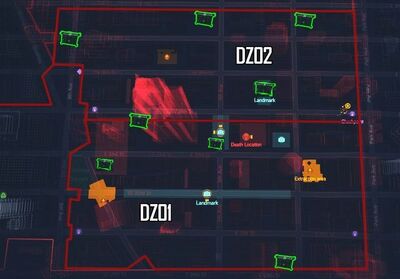 In the Dark Zone, there are three primary ways players can get loot. First and foremost, they can get loot from the aforementioned chests. These chests contain decent enough loot, but because they are fixed, they are often lined with rogue agents ready to fire on players. Secondly, players can attack enemy NPCs for loot. These items of loot are good as well, and enemy NPCs often generate Phoenix Credits in the end-game, but they are wildly undependable.

Possibly the best method is by killing players. Because the Dark Zone changes after level 30 into a more difficult arena, killing other players (and surviving the ensuing manhunt) is a constant level of danger, and thus a plannable interaction.

Probably the biggest draw of the Dark Zone is the promise of High End Gear. There are a few "surefire" ways to get this gear. You can craft the gear utilizing materials and special vendor blueprints utilizing Phoenix Credits, but this approach is rather expensive in resources and time. You can always tackle Challenge Missions, but these boss drops are random. If you have high enough credits, you can buy from regular vendors, and likewise, you can do the same with Phoenix Credits from the DZ06 Vendor in the Safehouse - both of these methods, however, require huge amounts of credits.

Below are some suggested farming paths as laid out by various community members. 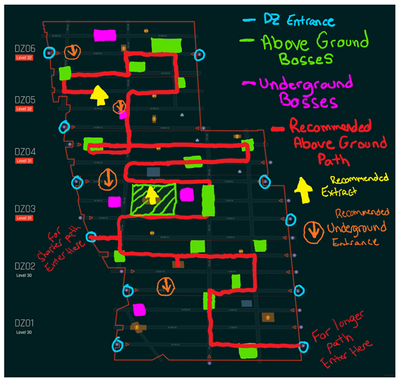 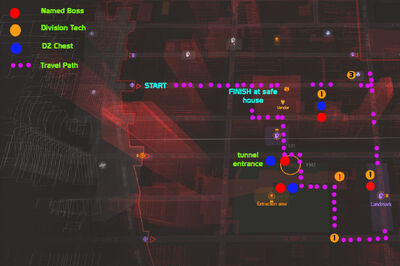 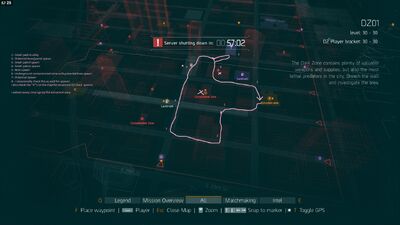 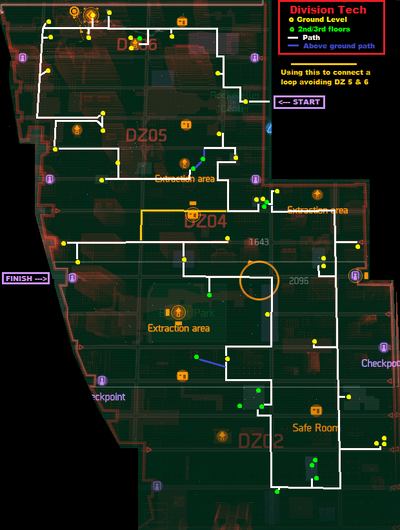 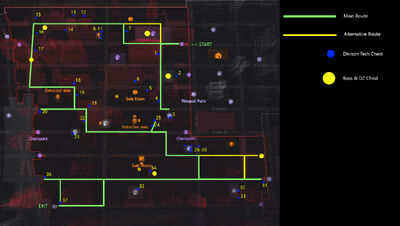